TeeVee has disgraced itself AGAIN!!


51 replies to this topic

Those who are regular here on 'life' will know that my time with TeeVee has, so far, not always been a happy one.

There have been a litany of faults since buying this car in May, some minor and some serious.

There was the worn rear hub-carrier debacle - hugely expensive - with 80% paid for by Mazda UK and the remainder covered by my own extended warranty.

Then the engine undertray had to be replaced as a result of a recall notice.

There have been other, ongoing things which I haven't bothered to report, but today I simply must warn our dear Mk4 (ND) friends of another very serious problem.

Today, I was leaving the drive to make my way to the cinema in Barnstaple to see the new Le Mans film that Tim mentioned on another thread.

I lowered the driver's side window to clear the rain drops, then CRUNCH! - the window tried to raise itself before dropping down inside the door!

I turned around, put it back on the drive and proceeded to remove the door card (quite straightforward on the Mk4) only to find a completely frayed and mangled window-lift cable!!!

The cable had completely destroyed itself and wrapped itself around the pulleys - terminal!!!

Please bear in mind that this Mk4 is only 4 years old, with 33,000 miles on the clock. Hardly an 'old banger' by any stretch of the imagination.

I then had to gaffer-tape the open window aperture with a black dustbin bag in an attempt to keep this dreadful wet weather out.

It now sits on the drive in bloody disgrace until next Wednesday, when my local Mazda dealer will supply new parts and do necessary repairs to make it work again. I will then have to make yet another warranty claim for this latest Mazda MX-5 Mk4 failure.

In the meantime I am grounded again now that I am on my own with no second car as backup.

I must hope and pray that it isn't raining when I take it in (12 miles away).

Please remember this is a relatively late model with low mileage and is well looked after with full dealer history.

Away with the fairies

Oh no, you certainly don't need this

Oh no, you certainly don't need this

I must have been a thoroughgoing b*s*t*rd in a previous life!

So sorry to hear of your woes with TeeVee again, my ND by comparison is an absolute 'Angel' as in the 13 months of ownership and 3500 miles the only thing to have been replaced have been a pair of wiper blades!

Hope things get better for you from here on in!

. I am busy tomorrow but I am sure we could work something out .

. I am busy tomorrow but I am sure we could work something out .

With no back up vehicle I am grounded mate

I could be free Friday , Dom is about .

I could be free Friday , Dom is about .

I'm hoping to go on the bus to the Barnstaple cinema on Friday, Ross. I hear that 'Le Mans' is a film worth watching, so I'm going to see it, using my free bus pass.

A free bus pass is like a free kick in the head around here! 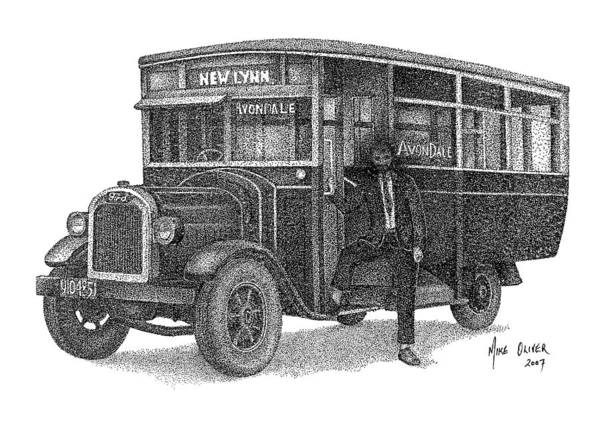 Very sorry to hear of the ongoing problems with TeeVee, Kev.

I just hope that this is the end of your run of disasters.

Very sorry to hear of the ongoing problems with TeeVee, Kev.

I just hope that this is the end of your run of disasters.

Thank you, Nick - although I simply do not trust this car anymore. The ongoing failures are all random items, so I will wonder what next!

How could anyone have expected a window mechanism to fail so spectacularly on such a late, low-mileage model?

I might start a sweepstake on here (is that legal admin?) as to what component(s) will fail next!!

I think as long as no money is exchanged. Winner gets a pineapple?

Kev, what's the ownership history of your car - could that have any bearing on the problems you have encountered?

I think yours is a 15 plate, so a very early Mark 4, so possibly an ex Mazda car (do you know who the first owner was, although you may not be able to find this out due to GDPR?)

On the other hand, I believe you bought it earlier this year, so it was already outside the manufacturer's warranty period, whereas you would expect the previous owner to sell it on before the warranty expired, if it was a problem car

Kev, what's the ownership history of your car - could that have any bearing on the problems you have encountered?

I think yours is a 15 plate, so a very early Mark 4, so possibly an ex Mazda car (do you know who the first owner was, although you may not be able to find this out due to GDPR?)

On the other hand, I believe you bought it earlier this year, so it was already outside the manufacturer's warranty period, whereas you would expect the previous owner to sell it on before the warranty expired, if it was a problem car

Mark, all I could find out is that it was a one-owner car, bought new by a female at a Mazda dealership in Swindon. It was then traded to a BMW dealer, Sytner Coventry 42 months later. That's when I came in.

Hope you get the 5 fixed soon bud and that's the last of the problems for you.

Such a sad story. I have only ever had two problems with a Mazda... a stuck theromstat on a 1992 Mazda 121 and a broken spring return on a handbrake. Both taken care of by Mazda under warranty despite the 121 being several years beyond its 3 years..

Only just passed 200 miles in the ND and nothing has fallen off it yet.

My previous new MX5 was the 2007 2.0 Sport and although I never made a warranty claim I was never totally happy with the handling or the sticky gearchange in cold weather.

Only just passed 200 miles in the ND and nothing has fallen off it yet.

My previous new MX5 was the 2007 2.0 Sport and although I never made a warranty claim I was never totally happy with the handling or the sticky gearchange in cold weather.

My previous ND (a 2016 ICON special edition) was completely trouble free during the 18 months and 6,600 miles that I had it. That car felt solid, dependable and well put together, although how it would have fared at higher mileage is anyone's guess.

My first MX5 was an NC2 which I bought new in 2010 and that car was mostly trouble free for the first couple of years and 20,000 miles, but from thence on it became a real liability, with multiple serious issues, including complete failure in rush hour traffic (faulty crank sensor); a very serious bodyshell rainwater leak into the cabin; engine rattle on cold startup; rear suspension clunking (bump stop degradation inside the rear strut-tops); nearside window lift failure; boot floor corrosion; underbody corrosion - I couldn't wait to sell it after running it for 6 years.

Thus far I have stayed loyal to the marque, due entirely to the enjoyable driving dynamics, linear power delivery and sheer good looks.

I have to say now that my loyalty has been stretched to breaking point (no pun!) I don't expect perfection - that would be unreasonable - but I do expect a modern motor vehicle of any type to be fit for purpose and not continually throw up serious and expensive failures at only 4 years old and 33,000 miles.

I have never had so many car problems, in all my 49 years of motoring, as I have had with my first and third MX5s. I will trade TeeVee at my earliest convenience and buy something more dependable - essential now that I live alone with only one car.

Sorry to hear that, Kev, enough is enough on a car so young with not a lot of miles on the clock.

If you've thoughts of leaving here the gang will be round to persuade you otherwise!

I think sadly over time cars are becoming more complex, with more electronic gadgetry, and when things go wrong they are more costly to fix, and so once a car reaches a certain age repairing it becomes uneconomic, and the car is disposed of in favour of something newer.

The fear of a big bill down the line means that owners may upgrade to the latest model on a more regular basis, than they may otherwise do, which is good for the manufacturers as they get to sell more new cars. The availability of PCP type finance, at relatively low rates of interest helps to perpetuate this, as owners buy a new car, run it until the warranty runs out, and then buy another car for a similar monthly payment.

How many years a new car will last before it is on its way to the scrapyard is then relatively academic, and as long as there are enough buyers for the manufacturers to maintain new car sales, then rightly or wrongly, they are probably not too concerned about losing business by way of repeat sales from owners with problematic cars.

A case in point is my Polo GTi, which was 3 years old a few months ago. I was offered the opportunity to extend the warranty, but declined on the basis that I did not see the need, having owned VWs in the past and never having had any issues. Fast forward to last week, and I took it to VW for a routine service, or so I thought, only to discover that a minor coolant leak meant a bill of £1000 in parts and labour to fix it.

My expectation, given the car's age, low mileage (28,000) and full VW service history, was that VW would contribute towards the cost of the repair as a goodwill gesture, lessening the pain of a big bill, but they refused!

Fortunately for me, the service manager of the VW dealer lives not far from me, and although we have never spoken, he knows that I look after my cars, as he often sees me cleaning my MX5, and so he agreed to pay 70% of the cost, leaving me with a more palatable £300 bill (I presume that their workshop was relatively quiet, as they must have made some profit from doing the work).

I had no plans to replace the car, as it's just been serviced, has new front tyres, and there are no known bills around the corner, but what if something else breaks, what will it cost me, and clearly VW will not be interested in covering any of the cost, so should I quit while I am ahead?

Whatever I buy though it won't be another VW, which is a shame as the VW dealer is walking distance from where I work, but so is the nearest Mazda dealer, so should I buy a Mazda? Maybe I should go for a walk one lunchtime, and see what I can get for my money

Back to MX5 & General Car Chat


0 user(s) are reading this topic